Who Are The Real Heroes Of Open Source?

As the first entry in the Tomitribe blog, I wanted to take the opportunity to give a personal view of why. Why do we exist? What do we hope to achieve?

Before I talk about that, I want to share an intimate moment in time. A defining moment when we knew we truly had something special. This is a picture from April of 2011, before Apache TomEE had been certified and announced to the world, when it was still very much a dream. Open source is full of heroes and these people are my personal heroes and the reason for everything I do. This was the second annual Apache OpenEJB Get-Together, which we held in Tours France after presenting Apache TomEE at JAX London — the first Apache TomEE presentation anywhere (thank you, JAX). 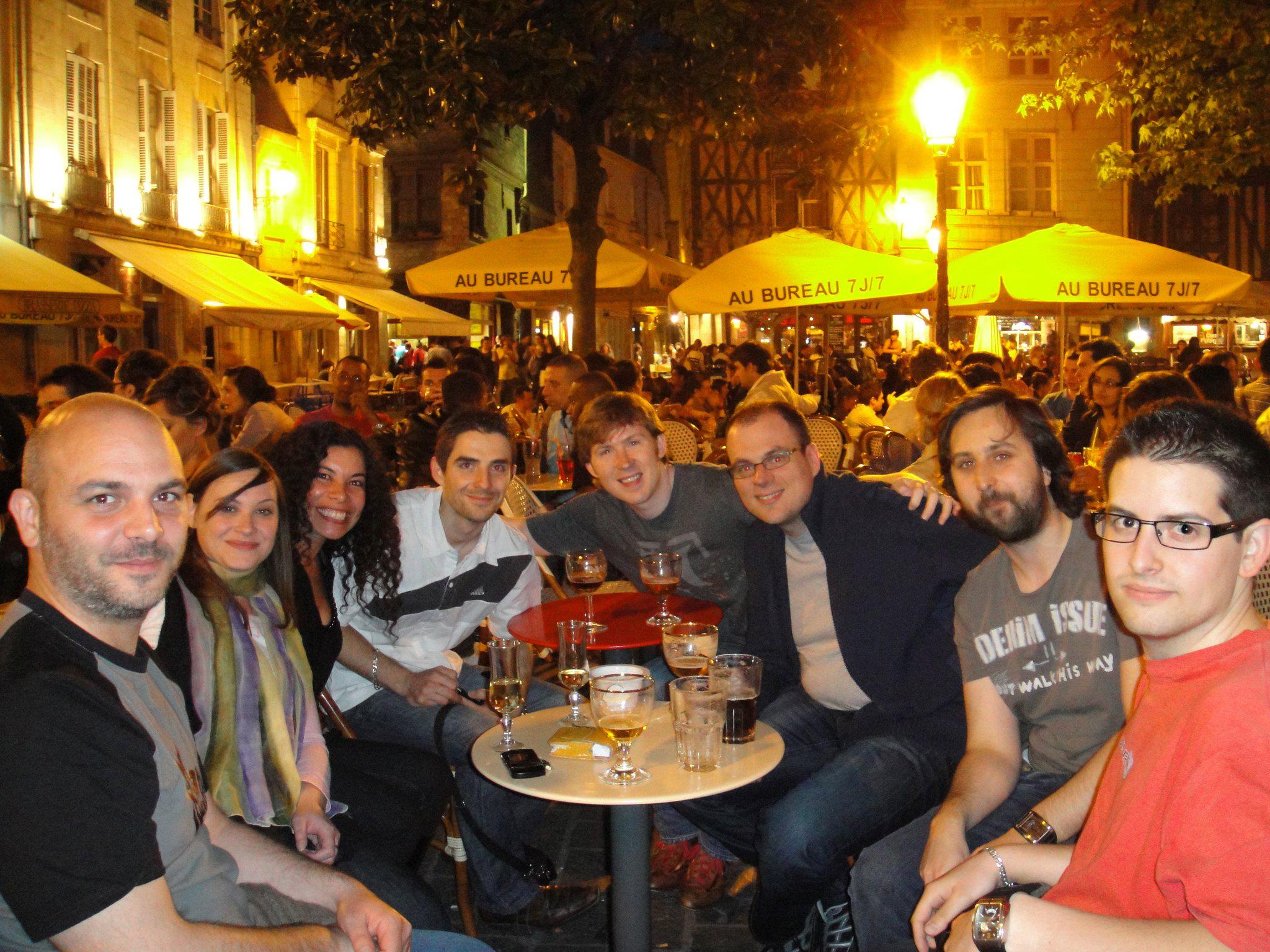 This was near the end of a week-long hack-a-thon where several of us from all over took a week off of work and traveled to hack together on what became TomEE.

That’s right, these people not only used vacation time from work but also paid to contribute to open source. Something that would be repeated when we cut the 1.0 final release a year later. I have never met a more passionate group of developers. This picture unfortunately does not capture everyone in the TomEE community. I won’t stop until we bring everyone together. Expect to see that. It will happen and it will no doubt contain many more great developers who have yet to become part of the TomEE world.

Is Open Source an Infinite Resource?

Ultimately code is not the primary resource for Open Source, it’s people. In 2013 Apache.org list traffic averaged about 120,000 emails a month. And while terms like crowd-sourcing might imply masses of people filling the role of supply for all that demand, a more accurate frame of reference might be Atlas from Greek mythos.

To date for 2013 Apache has had just above 1000 active committers total. Less than 250 of these people commit more than 10 times a month. With more than 100 active projects and 120 thousand emails a month, spreading that over a core 250 people means one thing; A few very dedicated individuals holding up the world. How is this at all possible you may ask?

And while it’s tempting to focus attention on the 250 core people, what about the more than 750 who stay active despite clearly not having time? It’s difficult not to lament the untapped potential. What would the world be like if this incredibly passionate 75% were given the time to do more for us?

It’s Tomitribe’s mission to support the community and all things Apache TomEE. Provide jobs for developers, provide support for consumers, educate people on TomEE, Open Source and Java EE and contribute to the success of everyone in the community. We believe Open Source is an ecosystem and everyone in that ecosystem has a role to play, from the people who produce it to the companies who use it.

The Infinite Sea of Developers

If there are so many people in the world, how can there not be a surplus of developers contributing to open source? For every 100 developers that might hope contribute to open source, only 1 might make it through the challenges. Fear of being judged, fear of being seen as stupid, fear of making mistakes, fear of failing, fear of losing the respect of someone you respect. Then there’s ego. The more humble and honest you are, the better you do. With all the challenges, the people that make it through are nothing short of heroes. If you’re in the group of 99 who have secretly wanted to participate in open source, but haven’t, don’t beat yourself up. Instead, take that energy and be brave and take your first open source step. We are here to support you.

How can something that takes real resources to create be free? Simple, it’s an honor system. Not unlike the give a penny, take a penny jar at the gas station. If you frequently take pennies and do not give, there will be no pennies. As open source is free as in freedom, but not free as in resources consuming open source software bares a similar responsibility. Often those pennies come from those with less to give, such as the families of the developers themselves. Honor systems do not work with out a driver — give a penny take a penny does not work without the jar. Tomitribe aims to be that driver and in doing so enable business to be successful users and contributors to the foundations that fuel their business.

All successful Open Source projects need a vibrant ecosystem where everyone can play their role. Creating this circle of life for TomEE and related projects is the reason Tomitribe exists. We believe all developers can be heroes and want to support them in creating amazing open source software that others can use and have this come out of our time and not family time. We also believe companies can be heroes as well and be celebrated contributors by being responsible supporters of the software they use. Ultimately Open Source is not about software it’s about people, which is where our logo originates.

In a successful community, or tribe, everyone is a hero. The best way to celebrate your heroes is by being one.