By Bruno BaptistaApril 4, 2018 No Comments

With the rise of microservices or large scale distributed systems and communicating through HTTP and NoSql databases, we also see the rise of eventual consistency.  The focus on reliability or the perfect operation at all times had to shift to resilience; the ability of an application to recover from certain types of failure and yet remain functional.  All-or-nothing and reliable transactions were paramount, data had to be safely stored above all, sacrificing the user experience and cost. The objects on those transactions could also be very complex, frequently using multiple tables and even different databases. Typically, if a transaction failed, the user would receive an error requiring his action; usually to resubmit the request or contact support. To keep response times low, vertical scaling with costly “big iron” was common.

Once the mindset shifts to resilience, requests are made smaller in scope, RESTful oriented, and eventually consistent. This allows requests to return faster, but the data might take some time to propagate throughout a cluster. This cluster is now made of smaller, cheaper machines and, if errors happen, the current systems tries to find a solution before quitting and throwing the problem into the user’s lap. This is one side of resilience. The other one is the need to perform large scale automated error handling and recovery. The problem of the app using dozens of interdependent microservices where one of them goes belly up, causes a dramatic increase in latency (all calls to it are hitting a timeout) that cascades and takes the whole thing down. That’s a serious problem. In order to make systems more resilient, a few design patterns were devised and are now gathered under the Fault Tolerance (FT) umbrella:

On a broader resilience scale we can also find, among others, the following patterns:

Some early APIs addressing these issues were Netflix’s Hystrix and the Failsafe library.

When the microservice oriented MicroProfile started, soon the need for a FT specification was made clear.

These projects are following the new FT specification: 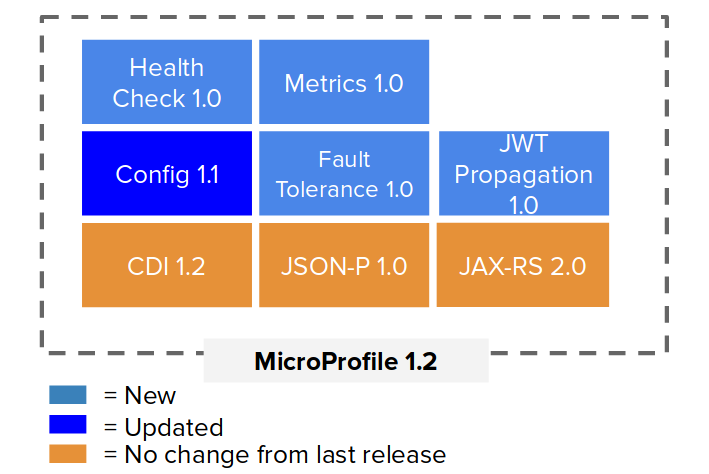 On its 1st version, the FT specification includes the following aspects:

This last one looks like the old EJB @Asynchronous annotation, but it isn’t. Yes, it allows fast return with the execution on a different thread, but doesn’t need EJBs.

The next v1.1, bound to be released on May 1, will be included in version 1.4 of the MicroProfile spec. These are a few improvements we can expect:

Some other improvements being discussed for future releases:

On our TomEE side, we will be working on integrating Geronimo Safeguard…..Stay tunned!